We believe that no great, young candidate should be inhibited from running a successful campaign because they are not born into a fundraising network.

Want to help out these candidates? Samra Brouk grew up in Rochester, NY. She was immersed in her community from a young age, volunteering at her local church every Sunday. After graduating from Williams College, she joined the U.S. Peace Corps where she volunteered in rural Guatemala as a health education specialist for two years. She then returned to New York to work for education and social change organizations, before her run for office. 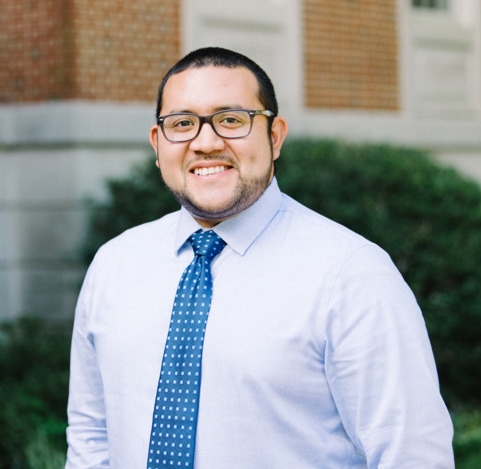 Ricky grew up in rural North Carolina and became a first-generation college student when he was accepted into UNC-Chapel Hill as a Morehead-Cain Scholar. He holds a number of community leadership positions, including serving on the steering committee for Alamance Achieves, an innovative education initiative in Alamance County. District 63 is a flippable seat in an area that is trending blue. An investment in Ricky’s campaign is crucial to helping Democrats win up and down the ballot in North Carolina. 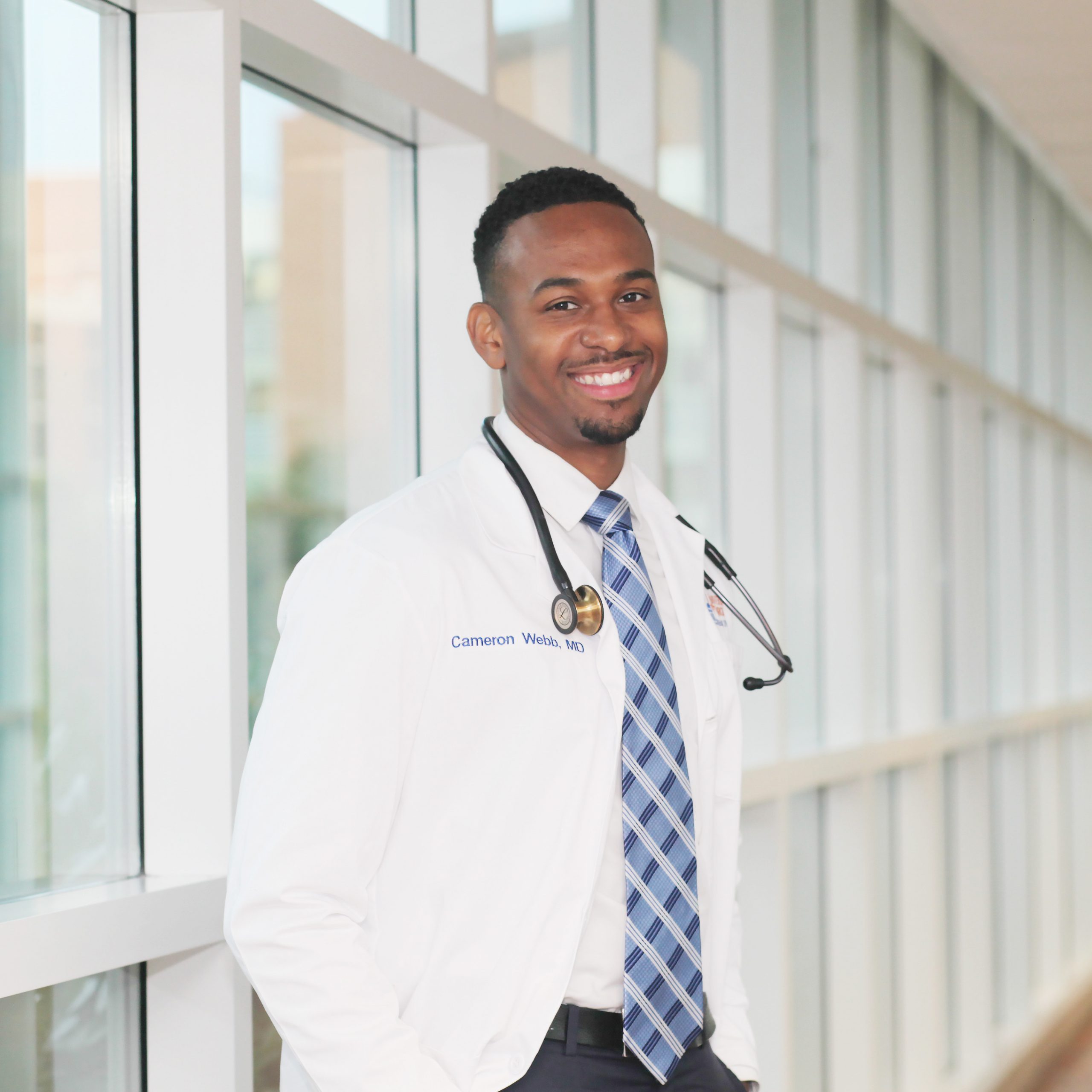 After graduating from UVA with his medical and law degrees, Cameron was tapped by President Obama for the White House Fellowship. He served on the White House Health Care Team, fighting to pass the Affordable Care Act. He also worked on President Obama’s My Brother’s Keeper Initiative, through which he helped address education, workforce development, and criminal justice reform. He is now running for Virginia’s 5th Congressional District where the former GOP incumbent was defeated in the primary. We need more doctors in Congress who are committed to sound public health policy. COVID has laid bare not only the deep inequities in our system, but also what happens when science is ignored. An investment in Cameron’s campaign is an investment in a frontline essential worker, a dynamic public servant, and the experienced representative the district deserves. 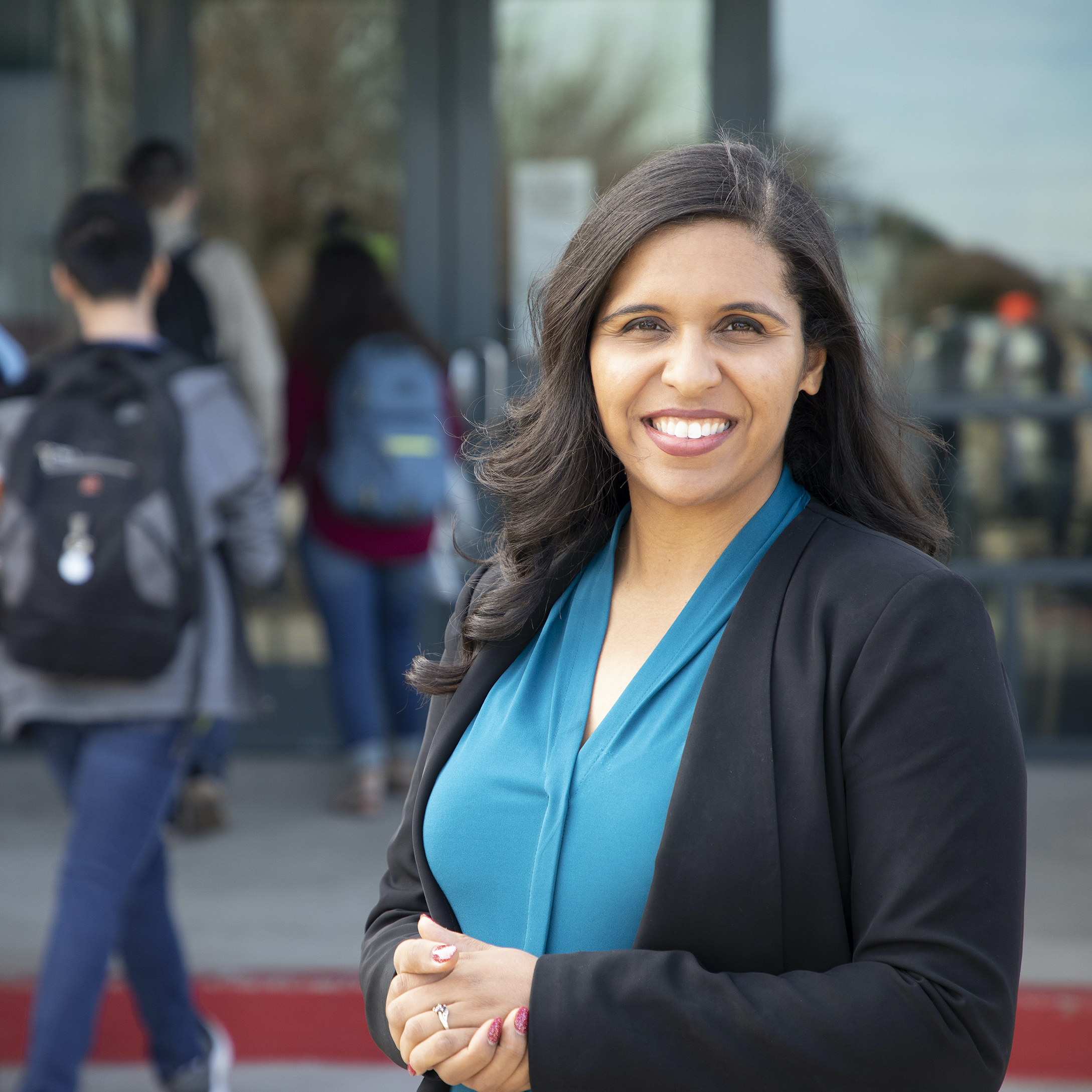 Candace Valenzuela is a mother, an educator, and a lifelong Texan. She overcame incredible odds growing up, including homelessness, and has since devoted her life to fighting for working families. She most recently became the first Latina and first African-American woman to serve on the Carrollton-Farmers Branch School Board in Dallas. Candace is running to flip a district that the incumbent only won by three points in 2018, forcing him to retire. 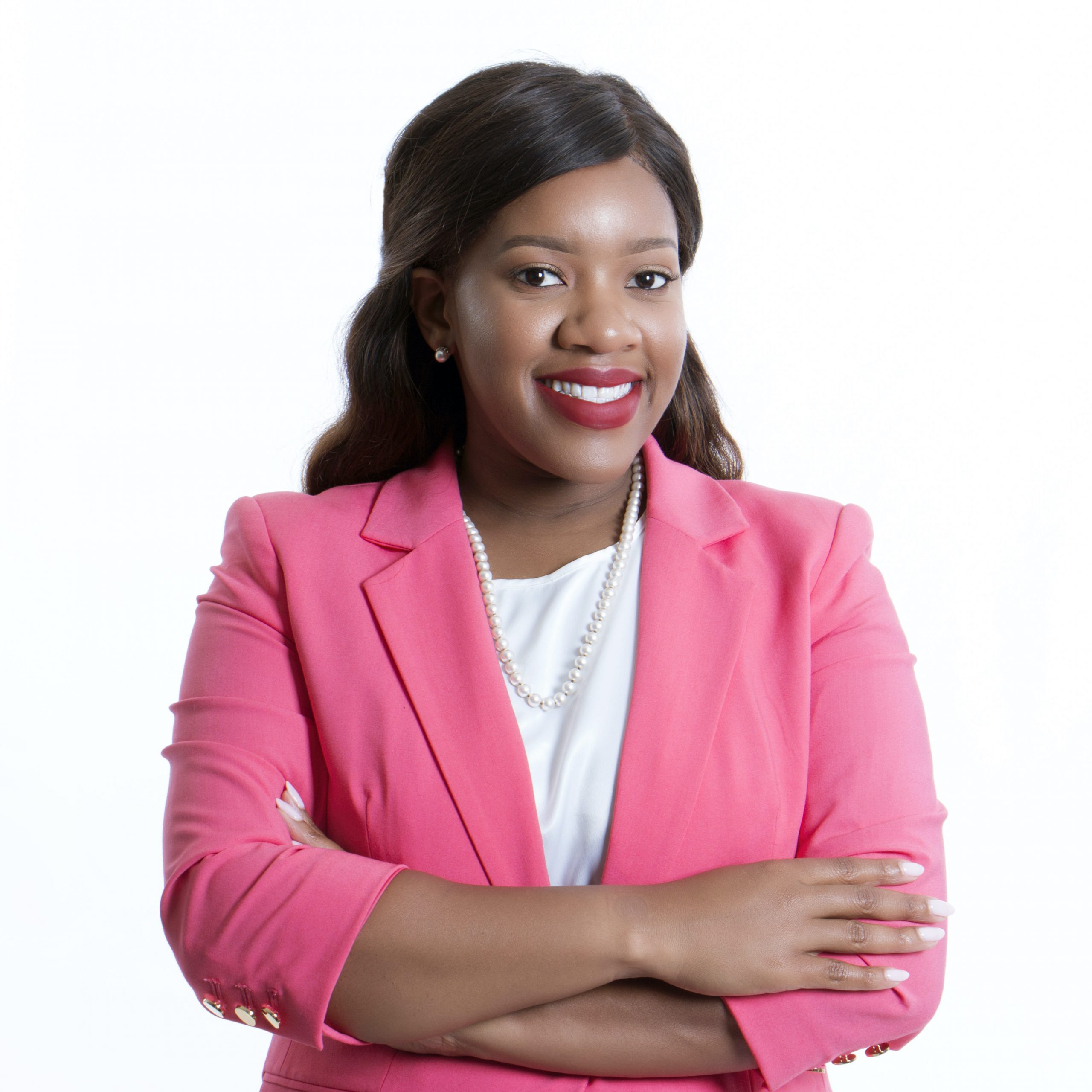 Desiree Tims was born in Dayton, OH and was a first-generation college student. She worked on Barack Obama’s 2008 presidential campaign as an undergraduate and then moved to DC to work in the Obama White House. She then received her JD from Georgetown University. After her time in the executive branch, she went to the Capitol to work for Sherrod Brown (D-OH) and Kirsten Gillibrand (D-NY). In her time on the Hill, she served as president of the Senate Black Legislative Staff Caucus. Desiree is running in a district that Senator Sherrod Brown carried in 2018. 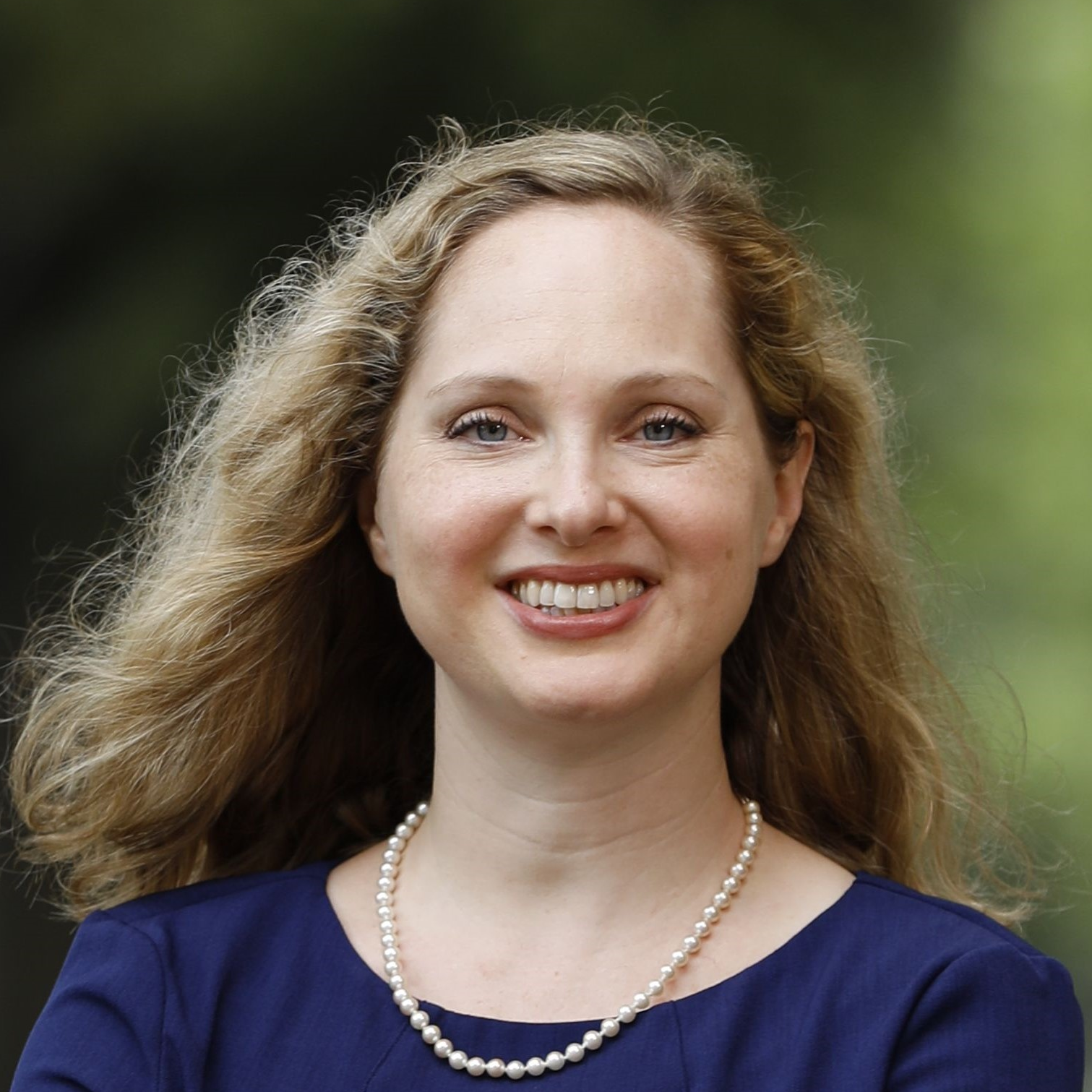 Lydia comes from a family of preachers and teachers: her dad was a pastor, her mom was a public school teacher, and both of her brothers are now public school teachers in Texas. Following in their footsteps, she completed her sociology Ph.D. at Harvard University and went on to teach sociology at Baylor University. In 2014, Lydia founded a nonprofit called Faith in Texas that brings faith communities together to work for justice and fairness. While leading Faith in Texas, she organized faith leaders to help pass city ordinances that set limits on predatory lending. Lydia is deeply passionate about equipping ordinary people to make their voices heard in state politics. As a fellow at New America, Lydia has written about faith, values, and politics for the Washington Post among other outlets. Lydia is a core to turning Texas blue. 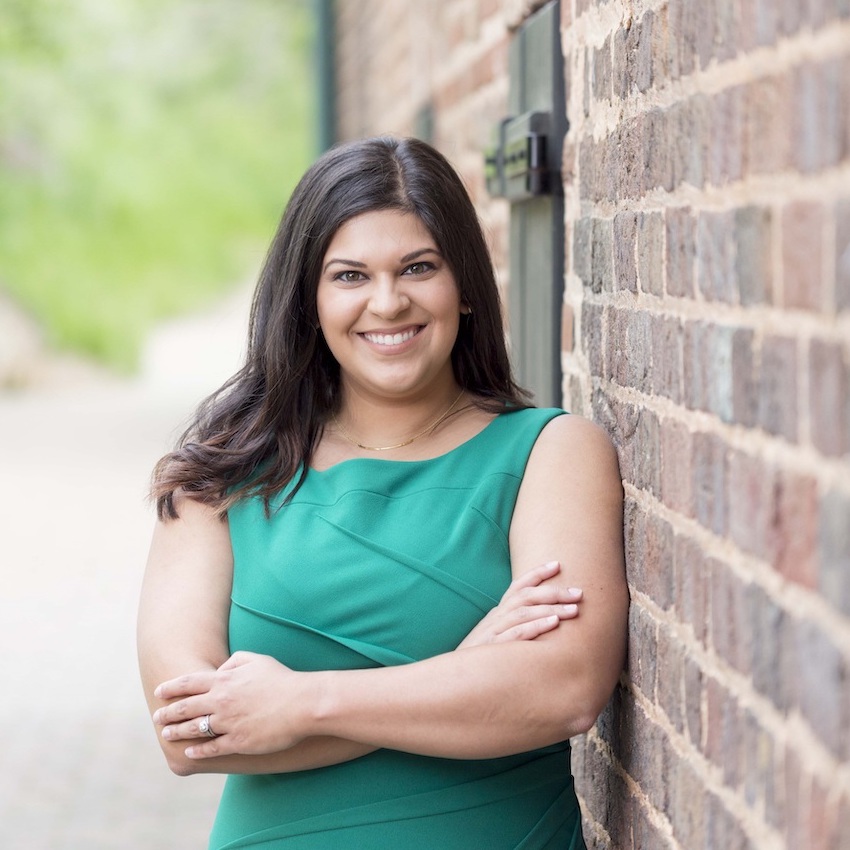 Sarah Beeson is a 31-year-old, Iranian-American, small business owner, and a mother, who is a lifelong resident of her district. She currently operates a 50+ employee family business. She previously served as statewide president of the Young Democrats of Georgia. She will contribute a set of fresh perspectives to governing, rooted in her lifelong service to the 56th district. Sarah is running in the state senate race that local organizers say is most likely to flip. Supporting her helps a consequential congressional candidate and two U.S. Senate candidates. Lindsey is an educator, member of the Shawnee City Council, and co-founder of Climate Action KC, a coalition of local elected officials tackling climate change. A Council Member since 2017, her priorities have included encouraging smart, future-focused development, advocating for energy efficiency and renewable energy, and promoting community health through enhancements in walkability and support for parks. Lindsey is also a leader in the national conversation about climate change as a member of the National League of Cities’ Energy, Environment and Natural Resources Committee and the Council on Youth, Families and Education. Lindsey will help break the state’s Republican supermajority and give crucial legislative support to Democratic Governor Laura Kelly. 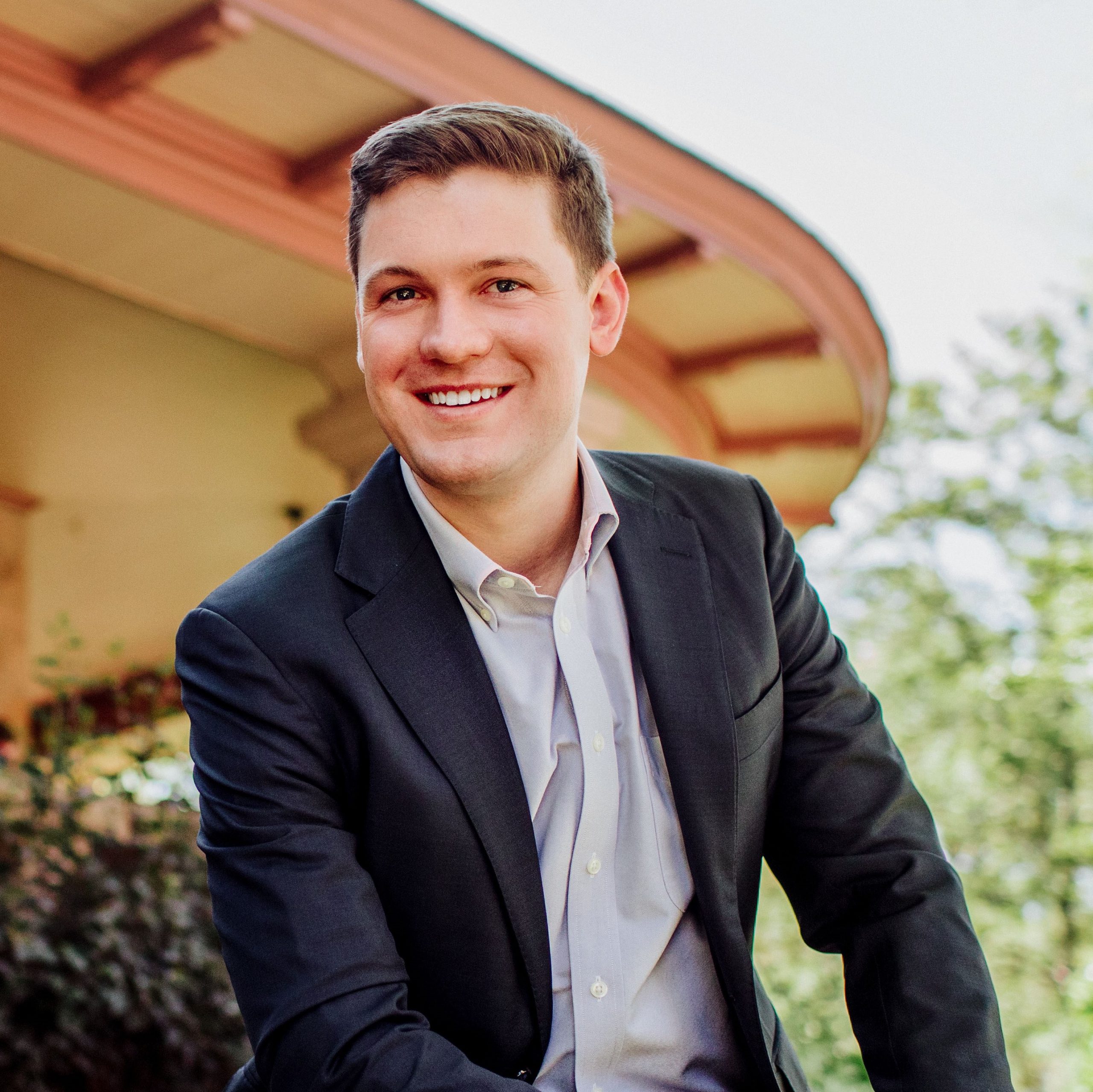 Raph Graybill is a fifth-generation Montanan who served as Chief Legal Counsel to Governor Steve Bullock. Some of his accomplishments under Governor Bullock include: protecting the state’s public lands access program and preventing the Trump Administration from making it easier for dark money groups to operate in the state. Montana is a deeply purple state and the Attorney General’s office is critical to keeping the state at the forefront of the fight for justice and equity in our communities. 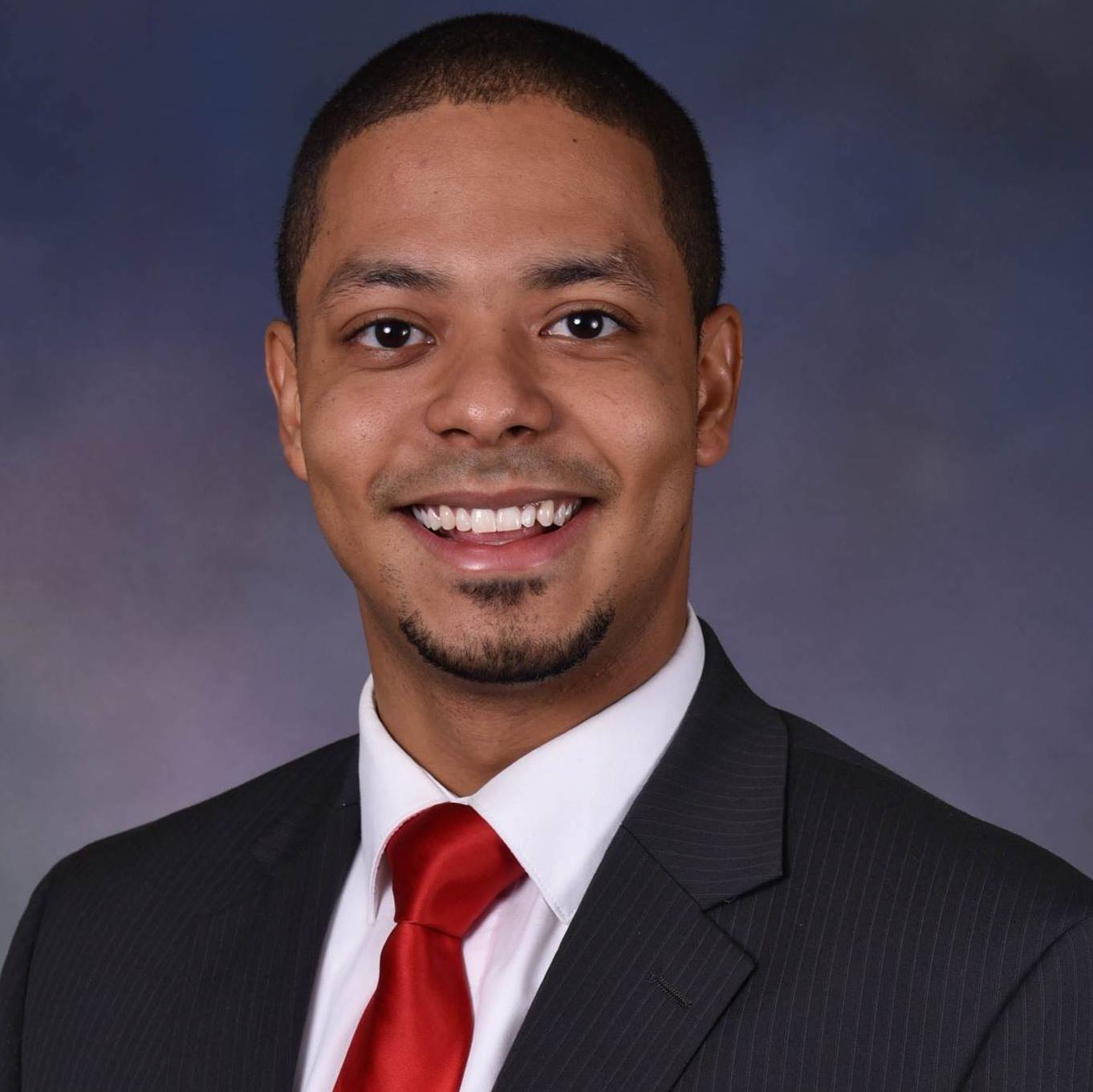 Jevin Hodge is a Tempe, AZ native and the former Vice Chairman of the AZ Democratic Party. He was the youngest Black statewide official in the entire Democratic Party. He currently leads the Arizona operations for a social impact consulting firm that works with governments, non-profits, and businesses. He is ready to stand up to a GOP majority on the board and responsibly manage a $3 billion budget. As goes Maricopa County, so goes Arizona. Jevin’s campaign is core to flipping the state blue in November. 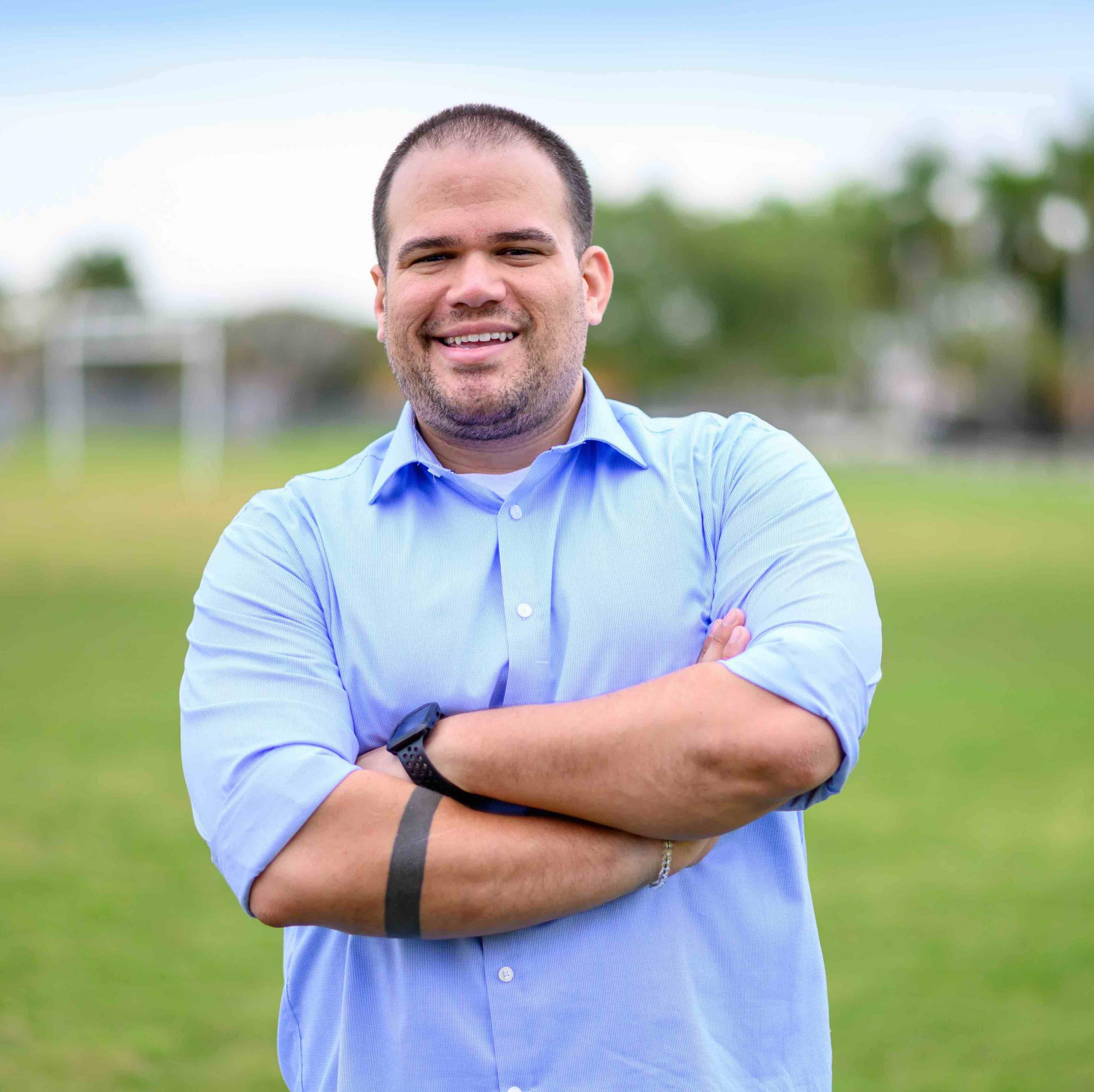 Ricky is a Cuban-American raised by a single mother and grandmother in West-Miami Dade. The shrinking of government institutions propelled Ricky into politics and advocacy work. After witnessing the devastating attacks on the EPA following President Trump’s election, Ricky accepted a position as a regional press secretary for the Sierra Club. In this role, Ricky has shaped environmental communications strategy across the Midwest and Florida, and led efforts in Flint, Michigan, before national media brought Flint’s water quality crisis to light. Florida will be a true battleground state this year at the top of the ticket, and Miami-Dade is at the center of that battle. An investment in Ricky is an investment in Democrats running up and down the ballot in Florida. 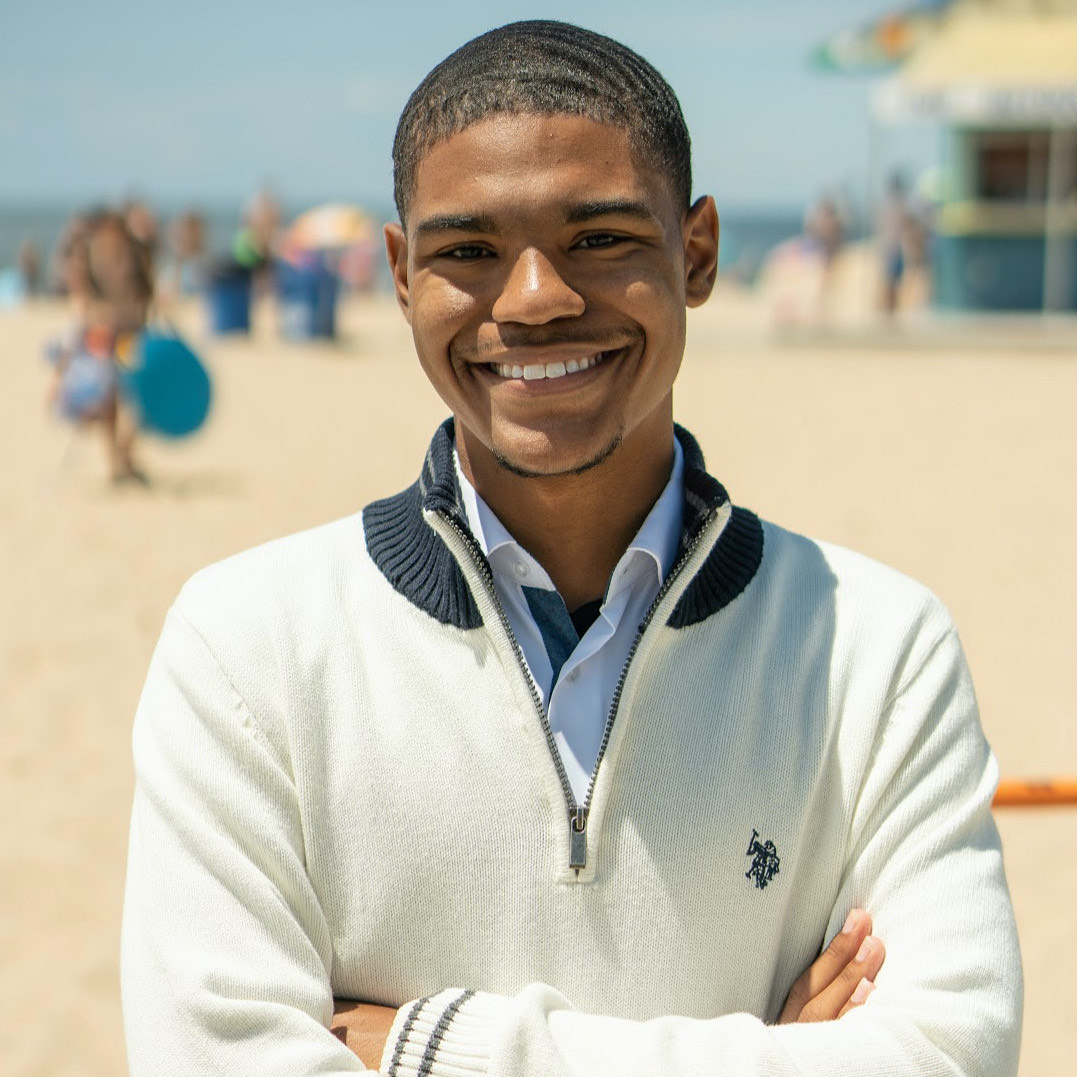 Chokwe Pitchford is running a historic campaign as a 21-year-old. He attends Lake Michigan College, and intimately knows that students like him need to help usher in a new generation of leadership. In Lansing, he will fight to improve education, better our criminal justice system, and improve the lives of the working family. He has the chance to flip the district blue for the first time since 1960 and become the first person of color to hold the seat. 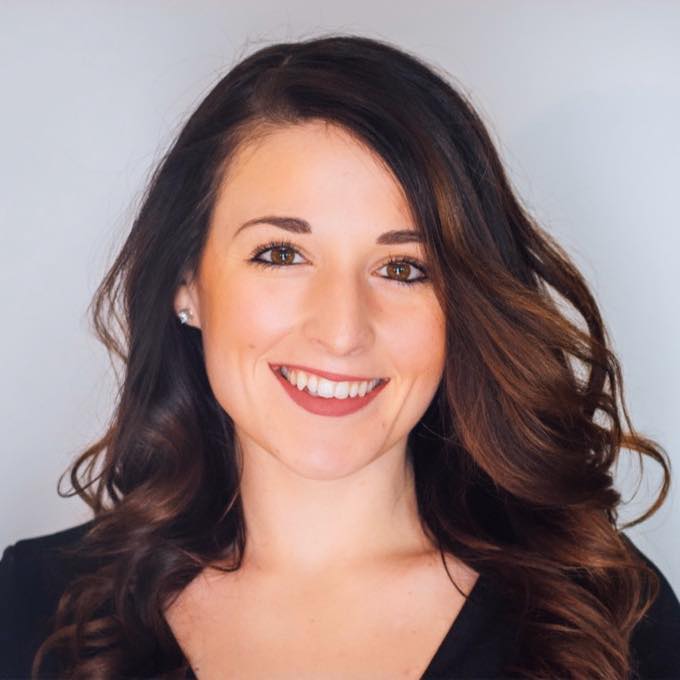 Brittney is a life-long Pennsylvanian, raised in Wilkes-Barre and a graduate of Penn State University. Brittney’s passion for public service was ignited by the year she spent fighting to help her father get affordable healthcare before he passed away. She is running for this seat to ensure everyone has access to healthcare and mental health resources. In 2019, she was appointed to the Dauphin County Democratic Committee where she works to increase voter turnout across the county. Prior to announcing her candidacy, Brittney was the South-Central Region Director for the Pennsylvania Young Democrats. Right now, investing in down-ballot Democratic candidates like Brittney in swing states is more important than ever. Brittney has what it takes to win her race and help other Democrats up and down the ballot win in her district for years to come. 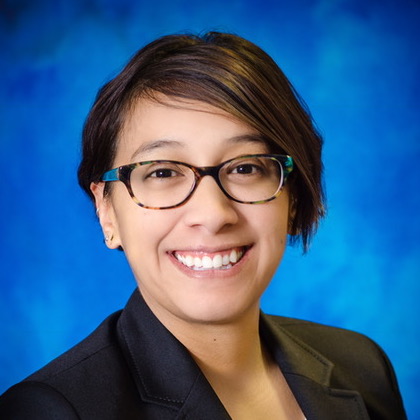 Emily Siegrist is a nurse, veteran, teacher, and mother. She’s running for the Wisconsin State Assembly because she firmly believes that children deserve a high-quality education, affordable health care, an economy that works for everyone, and a clean environment with safe drinking water and pollution-free air. Prior to becoming a nurse, Emily served five years in the Army National Guard. Her devotion to both her community and country is unwavering, and now she is focused on ushering in a better future for District 24 and Wisconsin. Emily is a part of a wave of Democrats trying to take back the Wisconsin state legislature so they can help support Governor Tony Evers’ policy vision. 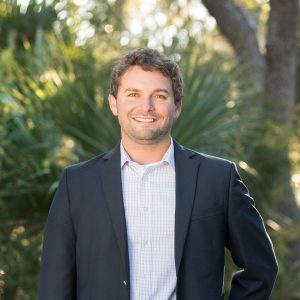 Sam grew up in Charleston County and is a former legislative aide to Congressman John Lewis. He worked as an organizer in the Charleston field office of Barack Obama’s 2008 presidential campaign. He is a graduate of Emory University, MBA from Georgetown University, and now works for a non-profit that supports local small businesses – many of which are female and minority owned. Democrat Congressman Joe Cunningham won this district in 2018 by 15%. Supporting Sam means supporting the district whose voters will keep Congressman Cunningham in office, and will help US Senate candidate Jaime Harrison beat Lindsey Graham.

About the Leadership Program

We believe that no great candidate should be inhibited from running a successful campaign because they are not born into a fundraising network. Young candidates, particularly those of color, are most marginalized in the process. That is where we come in.

We identify promising young candidates, primarily running for their first or second term, in swing districts, in swing states, and those that we want to turn blue.

About the selection process

Our selections are informed in partnership with or through information provided by national groups, including The Collective PAC, Future Now Fund, and Run for Something. In total, we have worked with over a dozen partners, local and national, evaluated over 150 candidates running for all levels of office, and selected our first round of endorsements in partnership with rising young political staffers, representative of the ideological spectrum in the Democratic Party. Please email info@thenext50.us, to share any candidates who we should consider to take part in this program.